The biggest four days of the National Hunt season are approaching, and gamblers will already be studying the betting markets for the races with added intrigue.

The Cheltenham Festival is the biggest event of the season, as the biggest names in the world of jumps racing will be competing for the most illustrious honours.

This year the festival takes place between March 16th (Tuesday) and March 19th (Friday). Usually, the event involves a mass gathering in the Cheltenham Racecourse and its atmosphere it’s so loud that it is known as the “Cheltenham Roar”.

However, due to COVID-19 restrictions the audience will be restricted. It is still uncertain what the restrictions will be exactly next month, but it’s better to keep following the official page of the Cheltenham Borough Council which gets updated regularly.

Though, experts say that it is unlikely that events like Cheltenham get back to complete normality in the next years.

Let’s talk about the race itself. Still, before jumping on the predictions, let’s take a quick look at the long and prestigious history of the Cheltenham Festival.

What is the Cheltenham Festival?

If you do not have broad knowledge on horse racing, you will probably be unaware of what is the Cheltenham Festival.

While in the U.S. there are 3 main races, called the Triple Crown (Kentucky Derby, Belmont Stakes, Preakness Stakes), in the UK the two main events are the Grand National and the Cheltenham Festival.
Cheltenham is a city in the UK, in the county of Gloucestershire, in the South West of the country. It is famous for being a “spa town”, since the discovery of its mineral springs in 1716.

The city became also an epicentre of the horse racing calendar in the UK since the early years of the XX century. Since it happens during the time of St. Patrick’s Day (March 17th), the festival normally attracts lots of Irish visitors.

Previously, the National Hunt Chase (as it is also known) happened in other English cities, such as Market Harborough and Warwick, before establishing itself in Cheltenham.

Up to 2005 the festival used to happen only in three days, but since then a fourth day was added. This means there is at least one championship each day and the Gold Cup race in Friday.

In total, the current Cheltenham Festival has 28 races throughout the 4 days of festival. From these, 11 are Grade 1 races, meaning it is the highest degree of difficulty.

Unlike other horse racing events in the UK, Cheltenham doesn’t bring many international trained horses, despite a reasonable success from French coached competitors.

What about this year’s race?

Still, which horses could enter the huge event in the best possible condition and have an excellent chance of winning the race that they declare for?

Willie Mullins’s success at the Cheltenham Festival will not be lost on any gambler, and his horses will be particularly common selections throughout the week. His first winner of the Festival could come in the race that kicks it all off in the form of Mr Coldstone in the Supreme Novices’ Hurdle.

At present, he will be a massive each-way chance for gamblers for this opener but could drop in price should he pick up a win at Leopardstown in early February.

The five-year-old has already entered the Grade 1 Chanelle Pharma Novice Hurdle, and we will certainly learn more about his in that step up. However, he was hugely impressive in his season debut at the beginning of January at Tranmere.

That was his first run over hurdles, and he went on to win by two and three-quarter lengths from Not Available. Mr Coldstone will certainly be one worth a second look.

Another Irish-trained horse with a decent chance of success at the Cheltenham Festival is Ashdale Bob. The six-year-old has entries for both the Ballymore Novices’ Hurdle and the Albert Bartlett at the Festival, with the latter of those looking like the most realistic option. He had started the season in excellent form with back-to-back wins at Navan.

The first of those wins came over two miles and four furlongs, as he held off Wide Receiver to win by one length, before a more commanding performance at the same course and over the same distance a month later.

On that occasion, he beat Fakiera by six lengths. However, gamblers will be intrigued to see him again before the festival, as he recently fell in the Lawlor’s Of Naas Novice Hurdle. That Grade 1 was eventually won by Bob Olinger, as Ashdale Bob fell at the second.

However, the interest of gamblers could peak if he gets back to winning ways before the festival at Leopardstown in early February.

Adagio could be the horse to beat in the Boodles Juvenile Handicap Hurdle, and is already priced up as the joint-favourite with some of the leading sportsbooks. However, he is also among the favourites for the Triumph Hurdle. It isn’t hard to see why, as the four-year-old has been in impressive form this season, and already has a win at Cheltenham under his belt.

The horse moved to David Pipe in October 2022 and has achieved notable success on British tracks. His first win since switching trainer came in his first run at Warwick, as he won by seven and a half lengths from Duke Of Condicote.

In November, a second-place finish at Cheltenham was soon followed by a first win at the home of jumps racing, as he won by four and three-quarter lengths from Historic Heart in the JCB Triumph Trial Juvenile Hurdle.

He was equally as impressive at the re-arrange Chepstow meeting in January, as he won by over two lengths from Nassalam.

There you have it, some precious tips for Cheltenham festival. And if you love horse racing, check out also some handicapping suggestions for the upcoming Kentucky Derby: twinspires.com/kentuckyderby/handicapping 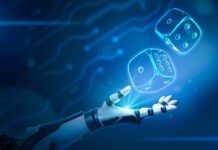 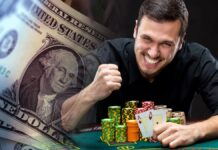 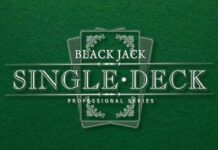 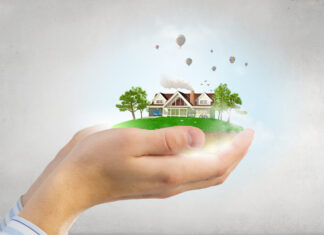 Mike Daglass - August 8, 2022 0
A VA renovation loan is a type of home loan that can help you finance a home improvement project. By taking out a VA...

5 Ways in Which an Atlanta Motorcycle Injury Attorney Will Help...

How Did Just One Article Help Me to Increase Winnings at...

How Will A Recession Affect My Business?