Home Internet Fake Online Reviews and How to Avoid Them

Have you ever searched for reviews and testimonials before making an online purchase?

Well, most people do and it’s even highly recommended to read reviews before you make a buying decision but how exactly do you know if the reviews are genuine or fake? In this post, we look at the increasing prevalence of fake online reviews and show you how you can identify and avoid them.

Consumer reviews and testimonials have become quite influential as more people turn to the Internet for most of their shopping needs. It’s, therefore, not surprising why there’s a thriving trade in fake reviews. In fact, studies show an increasing prevalence of fake reviews.

Recent statistics show that fake reviews make up 33% of Trip Advisor reviews, 16% of Yelp reviews, and over half of the reviews in some Amazon product categories.

To get a clear picture of how common and pervasive fake reviews are, consider the following statistics published by Bright Local in 2019:

Many consumers today are starting to take notice of fake reviews but the problem is how to recognize genuine reviews from a pool of fake ones.

Major retailers like Amazon and review sites such as Yelp and TripAdvisor will always tell consumers to report fake or suspicious reviews in an effort to weed them out but fake reviewers are also becoming savvier in avoiding capture.

If getting rid of fake reviews were easy, you’d not be seeing the kind of statistics shown above. It’s also worth pointing out that there are many genuine reviews online for well-known and proven products.

A good example of a genuine review can be found on the Evergreen Wealth Formula product’s website at James-Scholes.com.

Who Creates Fake Reviews and Why?

Here are some of the most common sources of fake reviews and why they are created:

A large percent of fake reviews is, however, written by marketers and affiliates of a company seeking to earn a commission from the sales they generate through their posts or product reviews.

How to Identify and Avoid Fake Reviews

Some review websites and merchant sites have put in place systems to automatically detect and filter out fake reviews.

You too can also help by learning to identify and report fake reviews to prevent them from appearing again.

Here are a few things that can help you identify and avoid falling victim to fake online reviews:

One of the easiest ways of spotting a fake review is an obvious lack of details. This is because it’s almost practically impossible to describe a product fully or your experience with a product if you’ve never actually bought or owned the product.

Most reviewers often search for other people’s experiences with the product to create their own. Since they are after promoting a product they’ve never bought or used, their reviews often lack the necessary details and are instead full of praise. The review doesn’t focus on the specifics about the product.

If a review is full of praise and short on specific details, you can mark it down as just another fake in the online world.

A genuine review such as the Evergreen Wealth Formula 2.0 gives you all the important details you need to know about the product before you make a purchase decision.

Find Out More About the Reviewer

There’s a lot you can learn about a review simply by checking the profile of the person who wrote the review.

Check for information such as when the account was created, professional information, social accounts, and more important review activity.

Use your personal judgment to determine if the profile looks like it belongs to a real person or a pseudo account. If the profile doesn’t look real then the review is also fake. Find out how many reviews the person has posted within a given period of time.

If there are too many reviews of similar products by the same person then he or she is definitely paid to create the fake reviews.

Any review that sounds like an ad copy or a press release is definitely a fake. If you see unnatural or repeated mentions of the company, product model, or the full product name, you’re definitely looking at a fake review.

Ask yourself, how many consumers of, for example, electronic products tell their friends about a product they recently bought by repeatedly mentioning the full name including model number and version?

Other Tell-Tale Signs of a Fake Review

You can also identify fake reviews using reliable online tools and websites such as Fake spot and Review Meta.

All you need to do is to enter the URL of the review and the tool will analyze the legitimacy of the review using artificial intelligence to tell if you if it’s a genuine or fake review. 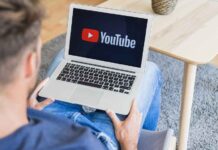 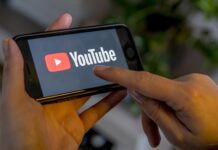 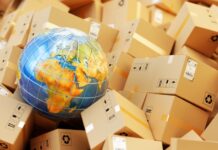 Alexandra Parker - June 27, 2022 0
Finding the right person for the job is surely not an easy thing to do. It requires a lot of hard work and time....

Can You Do Chartered Accountancy Online – 2022 Guide

7 Best WordPress Practices for Students in Preparation for Writing a...

9 Things to Do When a Loved One Dies