The gambling industry is the engine of the economy for many places in the world, where this activity is legalized. Monaco, Macau, Las Vegas have proved to be magnets for foreign and domestic tourists.

We decided to figure out how gambling culture affects the financial performance of countries, why, in combination with reasonable legislation, it has a positive impact on society and the economy.

Analysts estimate world gambling revenues at $130 billion per year. All this money includes employee salaries, taxes, and, of course, tourist fees, because legal casinos attract tourists from all over the world. While some gamblers prefer to spend their time playing online slots advertised by WinterMoolah, others pack their bags and get ready for the unforgettable trip to the key world gambling destinations:

Perhaps, Las Vegas is the most popular gambling Mecca in the world, which 42 million tourists visit each year. According to analysts’ calculations, each of them leaves about $540 at the casino and spends another $380 on housing, food, drinks, and other goods.

In general, casinos bring Las Vegas $22.68 billion a year, and the total expenses of tourists for this period reach $39 billion. About 160 people work here in the gambling business, and the average annual salary of a casino employee is more than $47 thousand. As you can see, the treasury and local residents are the main winners: after all, casinos and hotels in the city pay about $1 billion in taxes annually.

Tourism brings about 40% of the city’s GDP, while the annual income from the gambling business is $37.6 billion.

About 20-30% of the working-age population of Macau work and receive salaries in the entertainment sector, which brings about 70-80% of the income to the city’s budget.

The casinos also have good indicators – they bring the city $12.3 billion. In this case, the numbers speak for themselves so well that any explanations are superfluous.

In the city-state of Monaco, everything is a little more complicated: gambling is prohibited for locals, but it is allowed for foreign tourists. Every year the casinos of one of the smallest countries in Europe earn 210 million euros and provide jobs for more than 1,300 compatriots. The share of gambling in the Monaco economy is about 6% of GDP.

Online casinos in the Philippines focus mainly on the Chinese market. In just a few years after legalization, the gambling business in the country reached a profit of $25 billion per year. It provides more than 100 thousand jobs and brings in $40 million a month to the treasury.

Georgia makes 14% of GDP precisely thanks to the gambling business because the annual income of Georgian casinos is $2.2 billion. Tax revenues to the country’s budget are growing every year, as is the influx of tourists coming from countries where gambling is prohibited. The flows of such players are growing.

The scale of the gambling industry in Gibraltar is amazing: about 20-25% of gross domestic income is generated by gambling. At the same time, the tax rate for operators is only 0.15% of income. Nevertheless, it is rather difficult to obtain a license to conduct such a business here.

Operators are thoroughly tested for impeccable reputation, proper experience, and licenses in another area. In addition, casino advertising in the region is highly regulated – it must be entirely truthful. Gambling companies are also required to pay a fee. For example, a B2B license will cost £100,000 a year, and a B2C license – £75,000.

The strictest jurisdiction in the world is considered the UK. Companies are required to obtain a license from the UK Gambling Commission (UKGC), having previously collected a thick package of documents. The list includes not only the primary documents of the company but also a business plan and a financial plan for the year.

Also, the country’s gambling operators need to make a one-time payment of 600 to 700 thousand pounds, as well as an annual fee: it varies from 1 to 155 thousand pounds. At the same time, gambling companies are required to pay tax – 21% of their income.

In turn, it guarantees the growth of the UK economy – after all, it works in favor of the players, actively developing the gambling industry. Another advantage is the creation of jobs and a decrease in the unemployment rate.

Junket Tourism and Its Features

Junket as a tourism type appeared in the middle of the 20th century in Las Vegas. Local casinos have come up with it as a way to attract visitors. They offered people free hotel accommodation in exchange for their compulsory play. The format quickly gained popularity, and people willingly bought these tours. After Las Vegas, similar offers began to appear in Europe.

The main advantage is the already paid expenses for hotel accommodation, flights, meals, and other household needs. The institution covers them completely in exchange for a person’s promise to spend a certain time at slot machines and board games and spend at least the agreed amount of money there.

A person gets the opportunity to see a country unfamiliar to him, and at the same time try his luck at gambling. Las Vegas casino junket tours are organized by all popular venues. Particular attention should be paid to the offerings of Caesars Palace, Cosmopolitan, and The Bellagio.

In Europe, ​​tours to Monaco are of the greatest interest, but they are also the most expensive. In Macau, the trip will cost more than to the USA or Europe. But the level and the number of additional services are worth it.

The experience of these countries shows that the legalization of gambling can improve the economy by developing tourism, restaurant and hotel business, and other related industries. And not only casinos and the state budget benefit from this, but also the players – after all, the legalization of gambling gives them security and confidence that a casino will not become another scam. 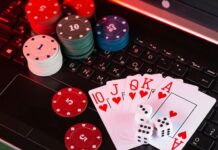 Can An Online Casino Ban You From Winning? 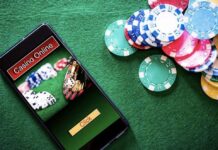 The Amazing World of Online Casinos 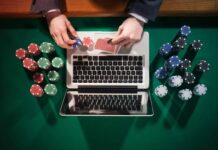