Becoming a homeowner is an amazing thing for many people. However, that change in life also comes with some obligations. One of the things new owners should have in mind is homeowners insurance. In that way, they can protect their property from any potential disaster.

The money people need to invest depends on different factors. One of the factors that new homeowners need to have in mind is the deductible costs. The good news is that these costs depend on their decisions. That is the reason why people should understand what a home insurance deductible is and how it works. Let’s get started!

Before Everything – What Is Home Insurance Deductible?

A homeowner insurance deductible is the amount of money that people need to pay before the insurance coverage starts. The first thing insurance companies will do is paying the claim. The value of the claim will be for the total amount of the damage that a property experienced without the deductible amount.

However, there is another thing that people need to understand. An insurance deductible is not a bill. It is only a subtracted part of the total amount that insurance pays in the end. In other words, homeowners pay their deductible to a company or individual that is hired to fix the damage.

How Does Home Insurance Deductible Work?

We will use an example to make things clear. Let’s imagine that a deductible of the homeowners is $1000. The total worth of the insurance claim is ten thousand dollars. In that case, the insurance company will pay the total amount of $9000 for the claim. The remaining $1000 is going to be the responsibility of the homeowners. They will individually need to cover the costs of the renewing and fixing process.

Here comes another essential thing that people need to understand. As previously mentioned, homeowners pay the deductible before the insurer pays the total amount. However, there is one catchy thing. If the total value of the property damage is lower than the value of the deductible, that means the insurance company won’t pay anything.

We can once again see an example to make things clearer. Let’s say that the damage of the property is $500. However, the price of the deductible is $700. The insurance company will cover only $500 damage, and the homeowners will have to pay the remaining amount.

The entire process may be a bit confusing. We hope the examples from the above will make things clear. However, in these situations, people often do not have a clear mind. They often calculate their costs incorrectly or simply forget about certain things. Despite that, the process itself is sometimes long, and that makes the entire process confusing for people that are not familiar with that field. If you want to improve your insurance deductible process you need to contact https://fundmydeductible.com/. In that way, people will ensure that everything they are doing is correct.

Are there Different Types of Homeowners Insurance Deductibles?

Unfortunately, yes. People will get the chance to deal with two different types of home insurance deductibles. Those two types are – percentage and standard. They both deserve a better explanation.

Percentage deductibles are characteristical for hurricane, hall, and wind claims. They come in a form of a percentage of a home insured value. Of course, they are not always the same because companies have different offerings. In some cases, the home insurance deductibles can be 1%. However, in some cases, they can go up to 10%.

Let’s use an example to make things simple. Let’s imagine that a property is insured for $200 000, and the deductible costs are 1%. If the claim is $20 000, people will need to pay $2000 on their own, and the insurance company will pay the remaining part.

When we talk about standard home insurance deductible, things are less confusing. They usually come in a form of a fixed price. Just like the previous type, they vary from one place to another. In most cases, they are not less than $500, and they are not higher than $2000. The value remains the same in every case, and it does not depend on the value of the damage.

Is It Difficult to Find the Right Deductible?

There are a couple of things homeowners should put into consideration. First of all, they need to check the short-term costs of a deductible. After that, they should compare them with the long-term costs of the insurance policy. Despite that, they need to check their budget as well. Paying for something that you can’t afford does not have any sense. Disasters are happening suddenly, and people will get the unexpected costs that they will have to cover. Because of that, it is essential to make long-term plans.

The simples answer to that question is – yes. Keep in mind that standard insurances usually cover damages that are a consequence of hurricanes, hail, and wind. However, in most cases, they do not cover the earth’s movements. That covers things like sinkholes, earthquakes, and mudslides.

Their value is not always the same. It can be anywhere between 10 and 20 percentages. However, compared to the standard ones, they are significantly higher.

We have finally come to an end. After clear explanations, we are sure that people will understand the importance of home insurance. Despite that, they will also understand how much money they need to spend on the deductible. If things are still not clear, apps like the one we mentioned in the article can make things easier. They are a perfect alternative for people that are not familiar with this industry.

As we said, being a homeowner is a beautiful thing. However, there are simply some things that people can’t control. Because of that, it is much better to get home insurance and protect yourself from major costs. 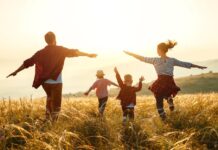 5 Questions You Should Ask Yourself Before Buying Life Insurance 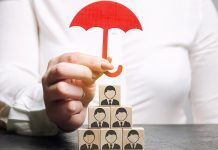 When Should You Opt For a Final Expense Insurance Plan? 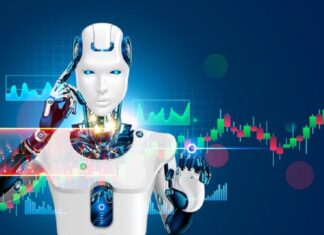