Home Life EQ vs IQ: What is Emotional Intelligence And How To Develop It

Ninety percent of successful executives have a high level of Emotional Quotient. Employees with high Emotional Intelligence earn on average $29,000 more per year than those with low Emotional Quotient. And while some psychologists and business coaches believe EQ is the solution to all problems, others criticize the idea for being anti-science.

Some students develop their intellect for years in order to do well. Because students have a tremendous amount of responsibility and need to study a lot, they often get tired. Some of them simply order papers from trusted sites such as the PayToWritePaper, so that they don’t have to do their homework themselves. Because of this, not every student is able to boast of high intelligence by the end of their studies.

What is emotional intelligence?

While the concept of Intelligence Quotient (IQ) has existed for more than a hundred years, the EQ was first mentioned only in 1990, when a small article appeared in a scientific journal with the same title – Emotional Intelligence. It was written by researchers John Mayer and Peter Salovey, who found evidence that emotional intelligence could be seen as a separate kind of intelligence and considered an intelligent form of approach to the data we receive through emotion.

The article came out, but hardly anyone read it, so all the glory went to Daniel Goleman, a journalist for The New York Times, who in 1995 revised the article and wrote the book Emotional Intelligence: Why It May Matter More Than IQ. In it he described the four main components of EQ:

The ability to recognize and analyze your own emotions and to know your own weaknesses and strengths.

The ability to manage one’s emotions and maintain emotional balance even in critical situations.

Understanding the emotions of others and being able to communicate with others in light of their inner state.

Learning to communicate with people, manage their emotions, resolve conflicts, work in a team or lead a team. The book quickly made the bestseller list, and Goleman is still considered the author of Emotional Quotient, although he only popularized the theory. This is a dramatic story, but let us return to the term itself. Researchers have accumulated quite a few complaints about it.

This does not mean that you can not monitor your own and other people’s emotions, just need to be critical of the theory of EQ and do not spend money on courses that promise to pump it in a week.

Why Emotional Intelligence is Needed

According to the Brighton School of Business and Management, EQ is twice as important as hard skills in the workplace, and 44% of employees surveyed consider this to be the hallmark of effective leaders. With a high level of EQ, you can:

The owner of a high EQ rarely gets into conflict situations, and if he does, he gets out of them quickly. He can clearly explain his feelings and seems to know the names of all emotions and even their shades. You want to ask him for advice and support, and you know exactly what he will find the right words. By subordinating your emotions, not only will you build a successful career faster, but you’ll also enjoy your work more.

How to measure your EQ

To determine your level of emotional intelligence, you need to analyze your behavior. It’s worth thinking about low EQ if you:

These are common signs, and almost anyone can recognize themselves in them, so psychologists are trying to figure out how to digitize a person’s emotions and create the most objective test possible, like they did with IQ. Currently, the most popular way to change EQ is the MSCEIT (The Mayer-Salovey-Caruso Emotional Intelligence) methodology.

It helps to measure emotional skills and consists of 141 questions. The test subject is shown pictures of emotions that not only need to be identified, but also explained. If you don’t have time for serious research, take our five-minute test. We can’t promise an objective result, but it will be funny.

How to develop EQ in three steps

Psychologists believe that emotional intelligence, like IQ, is genetic. But unlike intelligence level, EQ is much easier to develop. You can pay money and take courses, or you can follow these three steps for free:

Write down your emotions

Start a handwritten diary or a note in your phone where you write down your state of mind throughout the day. Focus on specific events: analyze your state after important meetings, new acquaintances, and significant events. Find the triggers that make you feel different emotions and write them down. That way you’ll understand how and what you’re reacting to, but don’t wonder why it’s happening yet.

Once you understand what and when you feel it, figure out why it happens. What exactly makes you angry? What makes you happy? You need to understand the real reason for your emotions. Don’t judge yourself, just figure out the sources.

Once you understand what you are feeling and why, move on to controlling your emotions. Think about how you can bring yourself back to a state of calm when you become angry. Find something that will make you feel good in moments of sadness. Find a mechanism that will put you in the right state of mind, and use it all the time. 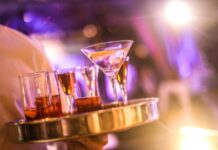 6 Tips When Going Out Alone To London Bars, Clubs & Concerts 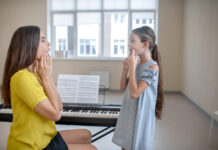 How To Sing With A Professional Tone ─ Singing Lessons 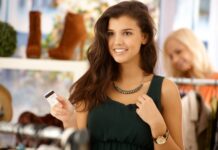 What is a Credit Card Shopping Offer?