The great thing about movies is that they don’t have to be based around fictional characters and events. Quite a lot of movies actually help explain significant events throughout history. Such is the case with the 2008 financial crisis.

You’re probably aware of this period. If not, then you’re either too young or have been living under a rock. The 2008 financial crisis exposed the housing bubble in the United States. It was the worst financial crisis since the Great Depression.

Naturally, it was only a matter of time before Hollywood jumped on board to explain this event. So that’s why we’re here to tell you all about the 5 best movies to watch in 2022 about the financial crisis. With all that said, let’s start.

Most of the movies on this list will be based on best-selling books. Such is the case with The Big Short. The movie stars some pretty impressive names such as Christian Bale, Steve Carell, Ryan Gosling, Brad Pitt, and Marisa Tomei, among others.

The Big Short is a movie you have to watch in 2022 about the 2008 financial crisis. There isn’t another movie like it that explains this event in such detail. And, the movie is quite good.

We hate spoilers here so we won’t do that. What we will say is that the movie is about a group of investors that bet against the US mortgage market. When the main characters do the research for the bet, they come to the conclusion that the mortgage market is one of the most corrupt markets in the United States. It all goes down from there.

The next movie on this list, Inside Job, doesn’t boast the same AAA cast as The Big Short. What this movie has is Matt Damon as the narrator.

Inside Job isn’t as laid back as The Big Short. If you look at its IMDB page, you’ll realize that it is actually a crime documentary. But what Inside Job does indeed do is tell you everything you need to know about the 2008 financial meltdown.

This movie perfectly revolves around the 2008 financial crisis. Gordon Gekko is being released from prison and looks to repair his relationship with his daughter. One problem is that Gekko (played by Michael Douglass) finds himself in a world he no longer remembers. Gekko was sent to prison after getting caught for insider trading. Now he no longer owns the world and instead has published a book warning about an upcoming economic downturn.

His daughter is in a relationship with Jacob Moore (Shia LaBoeuf), a top trader at Keller Zelebl Investments. One leads to another and both Gekko and Moore look at taking down a common Wall Street enemy.

These three movies perfectly capture the events before and after the 2008 financial crisis. If you’re interested in finding out more about the best finance movies, make sure to visit this website.

Too Big to Fail hits very similarly to Inside Job. The movie based on Andrew Ross Sorkin’s book explains the days leading to the financial crisis very accurately.

The movie mentions the role politicians play in the financial crisis, giving Too Big to Fail a different angle to play with. Not only that, but it also explains the role prominent executives at trading firms play in the downfall of one of America’s most corrupt markets.

With a total of 11 Emmy nominations, Too Big to Fail should be a movie on your watchlist this 2022. Although the movie did receive quite a lot of nominations, many believe that the director willingly sacrificed key details in exchange for a bigger entertainment factor.

A romantic comedy on this list, and hopefully the last, Tom Hanks takes a much different approach with his movie set during the 2008 financial crisis. Larry (Tom Hanks) loses his job at a retail store due to the housing crisis. This leads to him making severe life changes that force him to go back and finish college. He there meets the love of his life, Julia Roberts, and lives happily ever after.

While this movie comes nowhere clear to explain the 2008 financial crisis, it is a movie that gives us a vastly different approach. So far we’ve got the chance to see the viewpoint of traders, executives, and politicians and their involvement in the 2008 housing bubble burst.

But what about the common person that loses the most? Larry Crowne doesn’t necessarily touch on that, but it does explain some of the fallout. A middle-aged man who has to go back to college just to find a job because some guys in suits made him lose his job is a story worth telling. Although the movie hasn’t received any accolades or awards, it is still a great watch on a Saturday evening.

These were our 5 movies to watch about the financial crisis in 2022. We hope that you like them as there are some real kickers. From highly-ranked movies such as Inside Job to laid-back ones like Larry Crowne, there is enough for everyone to learn more about the 2008 financial crisis. 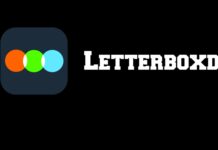 What Exactly Is Letterboxd – A Social Network for Movie Lovers? 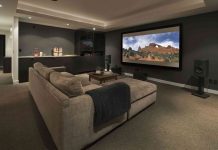 8 Mistakes To Avoid When Setting Up Your Home Theater

Alexandra Parker - October 4, 2022 0
No one likes to feel like they’re not good at something, which is why some people shy away from gambling games that require skill....

Online Casino Games: The Evolution From Pots to Plates

What is Free Spins in Online Casino?

How To Be More Productive At Work

Gambling Stories That Will Change Your Life Forever