Home Business How Portfolio Manager Can Mitigate the Risks by Hedging

When talking about risk in a portfolio manager’s job, it is worth starting to identify the difference between uncertainty and risk. Uncertainty is talked about when it is impossible to predict for sure what will happen in the future. Risk is not just uncertainty, but one that has to be taken into account when performing certain actions, since it can affect the financial well-being of people.

In many risk situations, the likely outcome of events can be simply and directly identified as unprofitable or profitable. Suppose, for example, that you are investing in the purchase of securities. If the value of your securities portfolio declines, it is a loss; if it rises, it is income. It is generally accepted that risk is an opportunity to incur losses, rather than an opportunity to receive income. However, there are situations in which it is not possible to clearly define income and losses.

Example: Fearing that house prices could drop in three months, Bob signed a contract to sell the house at a price of $100,000. Three months later, at the time of the transfer of the house to the new owner, house prices rose sharply and it turned out that Bob could have received $150,000 for his house. Should Bob blame himself for a decision made to avoid the risk of price declines?

Both private investors and large funds use hedging. Some of the funds are called “hedge funds”. They offer professional money management, employing clever trading strategies and hedging with derivatives to maximize returns at a given risk. Such organizations manage the money of large players: for private investors, the threshold for entering American hedge funds is $5 million.

Example: If you subscribed to the magazine not for a year, but for three, you are insured against a possible increase in subscription prices. You get rid of the risk of losses that you may incur if the price of your subscription rises, but you will not gain anything if the subscription becomes cheaper.

Most often, hedging is tactical in nature, because the hedging mechanism itself also carries risks and additional costs. For example, in the case of inverse ETFs, this is an increased fund commission. Therefore, it is important to clearly understand how, when, and why to use this tool. The following are some of the most popular methods used by hedge fund managers for hedging risks:

Opening short positions. In this case, the investor borrows shares, sells them, and then buys at a lower price. The difference between selling and buying back shares is the profit made in a falling market. Real-time internal analytics.

To maintain a competitive edge, hedge funds must be able to analyze their investment strategies and change time positions in real-time. Funds can hold thousands of long and short positions in stocks that are of interest for investment. It is the responsibility of the fund to keep track of the changing value and the risk of entering/exiting a position, therefore, specially adapted software is developed for such companies.

The dedicated MetaTrader 5 for Hedge Funds includes powerful data analysis tools, so managers no longer need separate terminals with disparate analytics. The software allows managers to work in different markets with different necessary tools and strategies – within one program with different access levels for staff and clients of the hedge fund.

This is a contract between two investors for the sale and purchase of an asset on a certain date in the future at a predetermined price. If an investor believes that the price of an asset will fall, he sells futures. In the future, the buyer of the futures will be obliged to redeem the asset not at the current price, but at the price that was agreed upon at the time of the conclusion of the futures contract.

Buying reverse ETFs. These ETFs are designed to mirror benchmarks. In other words, when the index falls, they grow. At the same time, there are reverse ETFs that offer both proportional growth – 1x, and with a multiplicity of 2x and 3x. The former, when the base index falls by 1%, grows by the same amount, while the other two give out 2 and 3% returns, respectively. This profitability is achieved through the use of leverage.

Hedge funds first appeared in 1949 and have evolved a lot since then. More and more hedge funds prefer algorithmic trading and analysis, hiring not financiers, but mathematicians and programmers, thereby increasing their profitability every year. The main myth about hedge funds is mysterious “opaque boxes” where clients do not understand where and what they are investing in from their funds. But how do hedge funds actually make money, and the most important question is how?

The first hedge fund was born in 1949. Then the main function of this fund was reduced to hedging a portfolio of shares for a fall. However, at the moment, this institution has evolved a lot, even more than the financial industry itself as a whole. All investment innovations originate in hedge funds. At the moment, the total amount concentrated in hedge funds is about $3.8 trillion – this figure even exceeds the GDP of Germany.

And half of the total is in the top 100 largest hedge funds. The main clients of hedge funds are pension funds, insurance companies and other large financial institutions. And also clients are wealthy private investors who have the opportunity to invest money in advance of premium banks. Why choose hedge funds? The main argument is the ratio of risk and reward.

For example, a large hedge fund TWO Sigma Spectrum for three years showed the same profitability as the S&P 500 stock index, but the garage risks were lower. The performance of the hedge fund Paloma Partners, which has been in operation since 1985, outpaces the S&P 500 by 1245%. Millennium Partners Fund has surpassed the American indicator by 815% since 1998, with the maximum decline in the entire history of the fund amounted to only 7.4%. Hedge fund D.E.

Shaw Valence has earned 1261% since 1999, while the S&P 500, including dividends, has grown by only 121%. This explains why hedge funds are so popular with institutional investors looking for consistent, positive returns over the long term. These funds are not only outperforming the index, but also perform extremely well in a volatile market.

For example, during the early 2000s dot-com crash and the 2008 mortgage crisis, hedge fund Winton Futures yielded 40% and 21%, respectively. Remember that in many cases Hedge Funds are speculative funds that use derivatives and aim to maximize returns, so always do proper due diligence on the hedging practices of the fund before you step in. 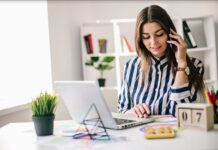 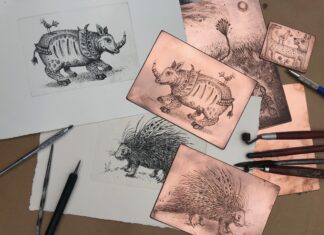 Alexandra Parker - August 16, 2022 0
If you’re considering starting out in the world of model making, there are a few things you should know before getting started. This guide...