Home Car Reckless Driving Spikes Road Accidents Like Never Before – How to Prevent...

Since the beginning of the pandemic, more and more people are getting killed through car accidents, although the traffic volume has not risen since the pre-pandemic times. As traffic deaths were up by 9%, the auto accident deaths were already at their 15-year high peak. Even though people drove less since the 2020 pandemic, there was still an increase in the volume of traffic and car accidents.

Arthur Goodwin, a senior researcher at the University of North Carolina Highway Safety Research Center, said that he hoped this was nothing but a sudden and unusual hike due to the pandemic years. Goodwin, along with several other road safety experts, attributes this rise in accidents to the riskier driving habits of people. It has been found that more people have stopped using their seat belts while driving, they are practicing over speeding, and are also driving under the influence of drugs and alcohol.

What is driving people to become reckless behind the wheel?

According to a 2020 survey done by the AAA Foundation for Traffic Safety, individuals who drove more during the pandemic were more likely to get engaged in risky driving behaviors. They tend to check their smartphones, read text messages, run through red lights, overspeed, change lanes recklessly, drive under the influence of alcohol, and even don’t wear seat belts while driving.

After spending nearly two years inside their homes, open highways may have tempted drivers to drive faster than their usual speed. There was also a lack of law enforcement on the roads due to concerns about Covid pandemic safety and racism. In the US, black drivers have more possibility of being stopped, searched, and harassed as compared to white drivers.

Law firms like www.ladahlaw.com have also seen an increase in the number of car accident victims who are looking for personal injury attorneys who can help them win the compensation they’re entitled to. Goodwin also reported that law enforcement has returned to what it was pre-pandemic. However, it was speculated that drivers still bear the perception that they can engage in risky behaviors and over speeding and get away without getting punished.

Road safety is something that is based on the good judgment of the driver and his lack of willingness to take risks, which, like other habits, develop with time. As per the US census reports, there are more than 11.8 million car accidents every year. Among these accidents, nearly 38000 drivers expire at the site of the accident. Most of these accidents are preventable but the reckless driving habits of the drivers lead to an increase in vehicle crashes. Here are a few tips for safe driving.

As already mentioned above, speeding has accounted for more than 10,000 fatalities on the roads of the US. Hence, if you can allot adequate time to complete your trip and reach your destination, you could cut down on the likelihood of over speeding and prevent yourself and other passengers from meeting in a deadly accident.

Make sure you wear your glasses or lenses while driving

If you have vision problems like myopia or hypermetropia, you should always carry your glasses or your contact lenses while driving. Low visibility can be a huge problem that inevitably leads to a collision, particularly at night. So, if you think you can’t do without your contact lenses, make sure you wear them before sitting behind the driving wheel.

Control your anger while driving

Whenever you are driving, don’t Yell at people, threaten others, or point out fingers at other drivers. take efforts to remain calm even when you drive under stressful conditions. If you allow road rage to get the best of you, you will tend to make careless mistakes while driving.

You may be confident about the fact that you are driving watchfully but that doesn’t mean that the other drivers are also doing the same. This is why it is advised that you should maintain enough space between you and the cars in front of you. In case they speed up, stop suddenly, or enter a lane without prior notice, you can still have enough time to hit your brakes and prevent an accident.

Be aware of what’s going on around you

One of the main parts of staying away from a reckless car accident is by keeping a careful eye on whatever is going on in your surroundings. Always have a clear idea of where other cards are placed in relation to your car. Check out for blind spots before altering lanes and use your reflex vision to watch out for cars that are trying to stop around you or cross you.

Don’t be distracted while driving

Talking over the phone, texting, eating, and changing radio stations are a few of the biggest distractions while driving. All these aforementioned activities divert your concentration from the task of driving and make you careless. If you are aware of the large number of people who are killed every year due to distracted driving, you will never practice it while driving.

Therefore, now that you are aware of the recent statistics on traffic accidents in the US, you should keep in mind the above-listed road safety tips to keep accidents at bay. 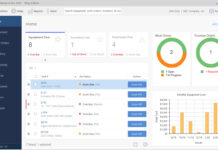 4 Fleet Maintenance Software Benefits You Need to Know About 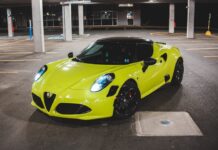 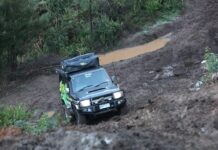 8 Offroad Adventure Tips: Ways to Protect Your 4×4 From Damages