Alcohol affects a person’s mood, and thus the level of self-confidence increases, so people who are under the influence of alcohol often overestimate their driving skills. It is important to understand that driving under the impact of alcohol is not only dangerous for the driver – but also for everyone who gets in his way. Also, penalties for driving while intoxicated are substantial – as well as the revocation of a driver’s license.

Analyzes from Dmvedu.org have shown that even a concentration of only 0.2 per mille of alcohol in the blood has a negative impact on driving – but also the driver’s behavior. Research has shown that 0.5 blood alcohol doubles, 0.6 triples – and 0.8 blood alcohol even quadruples the risk of a car accident. Why is it like that?

Primarily due to the narrowing of the field of view – which leads to a wrong assessment of speed and distance, road width, and the existence of other road users is neglected. That is why penalties for driving under the influence of alcohol are rigorous, and the revocation of a driver’s license is not excluded. Also, be sure to keep in mind that no reason to drive under the influence of alcohol is justified.

What Is A DWI Charge?

The DWI charge is based on the driver having a certain amount of alcohol or narcotics in his blood system. All states have laws banning driving with certain blood levels of such substances. DWI laws do not require proof that you were actually affected by alcohol or narcotics. To get a conviction, the plaintiff just needs to show that you were operating the vehicle with a prohibited amount of these substances in your body.

All drivers who are legally detained for such reasons are obliged to take a so-called BAC test – usually a blood or breath test. Therefore, with most DWI convictions, the prosecution will already have the test results –  which will show the concentration of certain narcotics or alcohol in your system. For this reason, we will draw your attention to 5 things you need to expect if you get a DWI.

1. Be prepared to be taken to the police station

If you are caught in the act and charged with DWI, what follows is arrest – and apprehension at a police station or nearby prison. There they will take your fingerprints, take a photo of you – and put it in the DWI database. Depending on the state in which you committed the offense, release from custody also depends. In some states, you may be released on bail immediately – while some states and their regulations require you to stay in jail until you sober up, usually 24 hours.

Upon apprehension, you are issued a court letter inviting you to appear in court at a certain time. Of course, in court, you can expect the sanctioning of such behavior – but also additional costs.

You can check this, and look for some of the sanctions you might face in this situation. If you plead not guilty and deny the allegations – prepare for the legal procedure of proving your claim. Unfortunately, in practice, this is almost a mission impossible without a good DWI lawyer. Keep in mind that the prosecutor already has your BAC test results – as well as videos recorded by the police patrol that originally stopped you and excluded you from traffic.

3. Suspending or subtraction of driving license

Many states have very strict legal procedures when it comes to this type of offense. Namely, even if you haven’t ever committed such an offense before – it can easily happen that your driving license is going to be taken away for some time. However, there are certain cases in which mitigating circumstances are considered – and therefore, offenders are allowed to use the vehicle, for example, to work.

However, that will be performed under strict supervision – so that a similar offense doesn’t happen again. Even when you are granted this option – you need to be aware that these privileges will be drastically diminished. In case you have been refusing to take an alco-test while taking into custody – your license will be suspended even before you go to court.

If you have committed a misdemeanor and received a probation sentence – that is no reason to rejoice too soon. Namely, for all the conditions provided for by the probation sentence – the judge dealing with your case is competent. If you violate the probation in any way – there is a great chance that you will spend some time in prison because of that. A probational sentence usually involves exemplary conduct – without similar or the same offenses. It also includes monetary compensation that you will have to pay – for all costs incurred in the offense, as well as court fees.

In such situations, you are required to sign up to attend a special program for drunk drivers. This is mandatory if you want to get your driving license back. Such programs include education on the topic of alcohol harmfulness – and aim to eliminate this harmful habit, which can be fatal in traffic. Certainly, the experts who work with you in such programs will be competent to assess your progress and rehabilitation – in terms of alcohol withdrawal. Of course, this is another additional cost that you will have to pay. However, if you want your driver’s license returned, you will be obliged to go through such an educational program.

It should be borne in mind that drunk driving entails many consequences. First of all, it carries high risks, because alcohol is still one of the most common causes of serious traffic accidents with a fatal outcome. On the other hand, keep in mind all the consequences that drunk driving can have on you – from losing your driver’s license to going to jail. 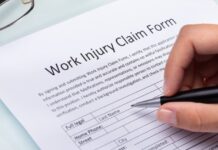 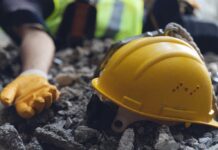 Can You Sue A Construction Company If You Are Injured On The Job?