Home Car 7 Things A VIN Number Can Tell You About A Car –...

If you’re a car owner, chances are, you’ve seen a long sequence of numbers or letters on the inside of your car. Maybe you’ve never noticed or looked for it but you have heard of such code existing, you’ve heard people talking about a VIN but you’re not really sure what does it all mean. Is it the same as the chassis number or an engine number? Is there a way for a VIN number lookup free of charge? What is that number telling me? Let’s talk about it.

What Is A VIN?

If you’re looking for some information about a particular vehicle, you’re interested in perhaps buying, you’ve probably been advised to check the VIN. Why is that so? Well, many advise checking the number first and doing the buying later because all of the important information is being stored in that 17-digit sequence and if check beforehand you can any headaches in the future.

A VIN or a Vehicle Identification Number is essentially a car’s fingerprint. All the necessary data about a car can be found there if you know how to decipher it. Now, naturally, not many of us know how to do that, because that would involve knowing so many moving parts and, in all honesty, there is no need for anyone to remember all that – there is a much healthier alternative.

Where Is It Located?

Let’s say you’re in a used car lot and a certain vehicle has caught your eye. You’ve seen the mileage, you’ve seen the outside and the inside of a car and all of it looks good to you, it’s just that you don’t know anything about a previous owner or history of the car. So, is there a way to find owner of the vehicle by VIN number free of charge? Well, yes, there is – but you have to know where to find the number first.

Usually, the code can be found on the front dashboard on the driver’s side of the car. We say usually because there are models out there that don’t have one on the dashboard, but instead, they have one by the driver’s door, embedded directly onto the chassis – which is why sometimes the VIN is also known as the chassis number.

How Long Is It?

Back in the day, the VINs weren’t standardized and we’re basically impossible to read unless you knew the manufacturers’ exact code combination. Since there was no industry standard, the number of individual characters varied between different models and manufacturers. However, in the early 80s, a change was made and all of the vehicles from that point on had to have a 17-digit, standardized sequence of number and letters as their chassis number.

What Is It Telling Us?

We’ve said that it is important and that it is virtually a car’s fingerprint – but, what is it telling us? What could we find out from this sequence? Well, first thing we’ll find out is that we can’t really decipher it without the help of vinreport.io. It’s almost impossible for someone to read these without any tools for free VIN number lookup. With the necessary tools, however, you could learn the following.

The first character of this series of number and letters tells us where the vehicle was manufactured – a vehicle’s country of origin. If you happen to notice the sequence starting with the number 1, 4 or 5 – that means you’re looking at the car manufactured in the USA. However, sometimes instead of a number, there is a letter at the beginning and if that letter happens to be an S or a J, that means you’re driving a car made in England or Japan.

With the second and third character we learn about the manufacturing company and it’s where the thing already get messy (and we still have 14 characters to go).

The second letter points to a manufacturers name. For instance, a B stands for BMW, G for General Motors, A for Audi and so on. However, A also stands for Jaguar and Mitsubishi, and R also stands for Audi – so things can get a little confusing here. The third letter is helpful with large manufacturing companies, like GM for example, who have more than one company under their branch. For instance, 1G6 would be an American-made Cadillac from General Motors.

The characters from 4 to 8 describe the car’s body type or style, however you want to call it. It shows us the vehicle’s model, restraint system, equipment, transmission type as well as the type of the engine. With this, you can easily check whether something has been replaced inside the car.

4. Authenticity of the VIN

Many car thieves would alter VINs in one way or another, they would alter the digits or completely replace the number from one vehicle onto another to cover up the fact that the car is stolen etc. For that reason, a formula has been devised that places a character within the sequence and that character is used to confirm the authenticity of the VIN regarding that specific vehicle. It’s the 9th digit of the sequence.

The 10th digit of the chassis number can tell you the exact year in which the vehicle was made. Since there is a single character representing 4, there are various number and letters used here. Also, since we’re quite limited with characters here, the numbers and letters are being reused every 20 years or so. The letter A means the car was made in 2010 and it will also mean it was made in 2030 or at least that’s the plan for now.

Each company has several manufacturing plants where the vehicles are being assembled and made and each of those individual plants has its unique code and corresponding VIN character. We can learn this by checking the 11th character.

The last six digits of the VIN are the serial or production sequence numbers assigned to each individual car. 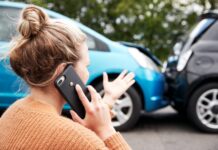 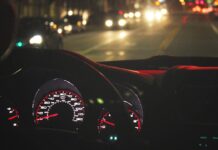 How Does Mileage Affect Car Insurance? A Detailed Guide 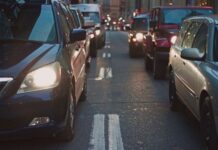 Nina Smith - November 29, 2022 0
Kegerator is essential equipment that keeps ice-cold beer on tap, providing an efficient way to serve your guests. There are different types of kegerators....