The massive exponential growth of the impact on people’s lives achieved by Information Technology and Artificial Intelligence brings the necessary need for a scientific approach and the manipulation of so much data.

Through direct and indirect communication with 11 data scientists, we applied exactly their favorite deductive method. We came to basic information that will mean that you know about data science and data scientists. These are not scientists in white coats with test tubes ready for an experiment for which the result is uncertain.

These modern data scientists break down stereotypes about scientists as fanatical experts living in their world of numbers.

Prof. Anuradha Sharma from www.insofe.edu.in is one of the professors who teach data scientists courses in Hyderabad. She says that training in this field allows companies to innovate and hone talent for the future.

So what exactly do data scientists do so effectively?

First of All, Business

“You can have data without information, but you can’t have information without data.”

Daniel Keys Moran gives a simple principle of access to our masters of information in their work.

Precisely because of this, data science is a strong and varied field, although the first association with the impact of data science on business appears because, as Peter Sondergaard says:

“Information is the oil of the 21st century, and analytics is the combustion engine” because the basic quality of data scientists is that they see which is the most effective decision to make.

Of course, the industry is also greatly influenced by qualified engineers who use their technical knowledge to improve the operation of large machines.

If what is stated in the Harvard Business Review article is authentic, that it is a “sexiest job in the 21st century” it’s mostly because statistics and data analysis are like a bikini that reveals a lot and shows nothing and thus entices business adventure.

However, data science appears in all spheres, and its exploitation, i.e., application, is increasingly enabled.

Everyone knows about the Hollywood blockbuster “Moneyball,” where Brad Pitt uses statistics to bring his baseball team to the championship, or Christoph Bierman’s book that revolutionized the entire football game.

For example, in sports, data scientists can calculate the percentage of Messi who dribbles to the left when he is on the right-wing, or how many shots for 3 points a specific basketball team scores when playing at home, and how many on the away court.

So the conclusion that emerges is that in the general and ubiquitous global market, experts in data science play the most crucial role in our lives, without us even being aware of it. Simple as that.

The Profession of the Future

Even more attractive is that the need for experts in this field will increase by 25% by 2026. So with the right information about the needs of this profession, you can join the data science market.

The information they collect has the answer for large global corporations to their most immense anxiety of meeting clients’ needs and how to impose new ones because information about some mass tendencies can leave a profound mark on basic social processes. As Ronald Coase says: “Torture the data, and it will confess anything!”

Simply, data on our activities and affinities are recorded, and it is becoming more and more common for us, for example, on a social network, to receive an offer for exactly the content for which we have in some way expressed interest.

Sometimes it doesn’t seem very clear because at first, we can’t tell if we’ve searched for something in that sense or just thought, but we are presented with an offer that contains what we were thinking about exactly. All that, as well as many other things, is done by data scientists.

Data scientists try to predict all hypothetical possibilities in all possible situations in the field in which they work and quantitatively analyze the results in which case and to what extent a particular possibility is represented.

We had the opportunity to see how important it’s even today in the recently concluded US presidential elections and the whole drama about it.

The Key Approach To Work – Innovation

It’s already happening that data science occurs in all spheres of life, and a job that requires intense technical training is widely used.

What is a negative phenomenon, especially in medium and small enterprises, is that these scientists don’t serve their most important purpose. In 90% of business cases, these scientists do part of collecting data and classifying that data. And that’s all!?

It’s a real shame that professionals who have so much potential to benefit your business do ordinary archiving work. Recording and simply stating the current situation cannot be an incentive for further development.

What sets a good scientist apart from the average is a strong sense of innovation.

Karim Lakhani highlights the importance of innovation with business analytics.

So, here it is necessary to fulfill the entire capacity of the profession, and that means:

That’s how they achieve the monopoly on creating the future and capital to have the answer to the question that has yet to be asked!

It’s also necessary for the employer to be versatile, brave, and have a vision of future projects that data scientists can direct. In that way, full cooperation is achieved, and new entrepreneurial horizons are opening.

This is just the tiny tip of a massive iceberg in the ocean called data science. As the great expert in this field, Nate Silver says that scientific progress is possible and inevitable based on Bayes’s theorem. Based on it, all predictions are made, and all beliefs are tested.

Artificial intelligence may have a negative connotation, but it may be the only one able to precisely express the real situation without the accompanying ideological inclinations and another mimicry. A simple truth plastically represented through numbers. This is made possible by data scientists. 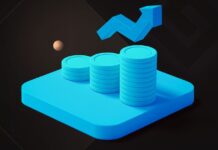 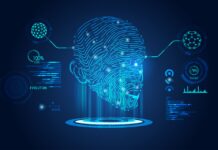 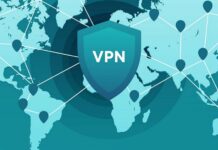