Home Industry What Industries Did Well in 2023 and What Does This Mean for...

Predicting what will happen in the stock market is nearly impossible. Even if you can forecast that a certain event will happen, it’s nearly impossible to get the timing right. Even the most skilled and experienced finance don’t get it right a lot of the time. A very recent and high-profile example of this was the GameStop saga, where Wall Street investors took out short positions on the company, only to lose money when the price of the stock rose.

When asked about taking short positions on stocks, Warren Buffett has said that he has always stayed away from it because while he has a good “batting average” on predicting that a stock price would slide eventually but almost never accurately predicted when it would happen.

For those that invest in cryptocurrencies, even staying on top of all the latest crypto news still isn’t going to help you predict the future.

That said, it is possible to look at the health of an industry or an individual company by examining the market conditions, its financial position, and the success (or otherwise) of its current strategy. Even then though, we’re still only looking at the past, meaning we can only make predictions about what’s going to happen in the future.

But in the absence of a crystal ball, this is the best we can do in trying to understand what will happen in the stock market in the future.

While everyone has been getting excited about GameStop in recent weeks, little has been said about the strong performances seen from most of the companies in the gaming industry.

Video gaming has been growing in popularity over the last few years as companies have finally realized they can make more money by catering to both men and women and all age groups rather than just focusing on men under the age of 30.

Free-to-play and casual titles have been the biggest driver of this, with demand up by 30% for these categories in 2023.

Publishers have found that they can actually make more money by giving away their games for free and letting players make small payments for in-game purchases. Even games that aren’t free are seeing their lifecycles extended by 400-500% thanks to this monetization model.

For example, Grand Theft Auto Online, the multiplayer portion of Grand Theft Auto V is more than seven years old, yet continues to attract more than a million players each month. The game’s developer, Rockstar Games, pumps out regular updates that add new features, maps, and vehicles. Two-Two Interactive, the company that publishes GTA reported in 2023 that it now makes more than half of its revenues from microtransactions from Grand Theft Auto, Red Dead Redemption, and its other popular titles.

Take-Two, along with other publishers like Electronic Arts saw its stock price skyrocket in 2023, entering 2023 100% higher than it was in early 2023.

We’ve seen similar trends in the iGaming industry. The long-running trend of consumers moving to online brands over their brick and mortar alternatives continued through 2023. This was, in part, because of the convenience that iGaming brands offer, allowing customers to play games and place bets on their own terms.

It was also helped by companies like PokerStars releasing innovations like virtual reality versions that create a unique offering that can’t be found elsewhere.

For 2023, it seems fair to expect gaming companies to continue to perform well. While it may be a little fanciful to expect share prices to double again in 12 months’ time, strong earnings reports could certainly help these companies head in that direction.

Like gaming companies, tech companies outperformed the rest of the market in 2023. The big five tech businesses in the US are responsible for almost all of the growth of the S&P 500 index through all of last year.

These companies have demonstrated that they are sheltered from many of the shocks felt elsewhere in the economy because of the convenience they offer to customers. However, Facebook is currently facing antitrust investigations in the US, and Amazon continues to face pressures around the world about how it pays tax.

These could be a drag on the companies in 2023 and beyond, though it seems unlikely that they’ll suffer too much.

All of these companies are immensely profitable, which is something value investors look for. So even if their prices are overvalued at present (which some people believe is the case), this profitability makes a strong case for buying shares in each of them.

Like the tech companies, delivery companies like Deliveroo and Just Eat in the United Kingdom and DoorDash and Uber Eats in the United States have enjoyed strong performance through 2023.

This wasn’t a one-off though, these companies have been expanding their presence for some time by making it quicker, easier, and more convenient to place orders for takeaway food.

In many markets, they’ve even signed deals with brands like McDonald’s to provide a delivery service that many takeaway lovers had been calling for for years.

It’s not just takeaway food either. Many of these companies have been offering delivery services for other products too. For example, in the UK, UberEats will pick up groceries from several different supermarkets and deliver them to your door.

Deliveroo is expected to list on the stock market in the UK shortly, with an IPO expected sometime in 2023. Investors are expected to show their support for the company when it does begin to sell its shares, just like as happened with Moonpig, the British personalized trading card company.

Moonpig listed on the London Stock Exchange at the beginning of February and saw its climb 17% on the first day of trading, reaching £4.10 from the IPO price of £3.50.

These companies provide consumers with the convenience that many cash-rich, time-poor individuals value heavily. Even as market conditions change through 2023 and into 2023, it seems likely that these convenience businesses will still continue to thrive. 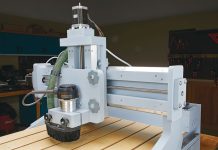 How To Choose The Best CNC Engraver Machine For Woodworking 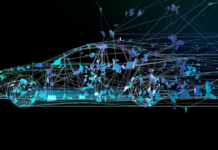 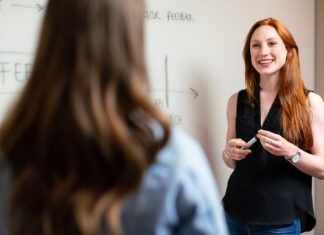